This blog has moved

It's been such a long time since I've posted something here! I've been busy working super hard on my teaching printables business, Little Lifelong Learners.

In the year and a half (oh my goodness!!) since I've posted here, I've actually added another beautiful little person to my family. I now have a 2.5 year old and a 4 month old. They keep me super busy! But in my spare time, I've been blogging over at Little Lifelong Learners and posting super fun play ideas over on my instagram account. 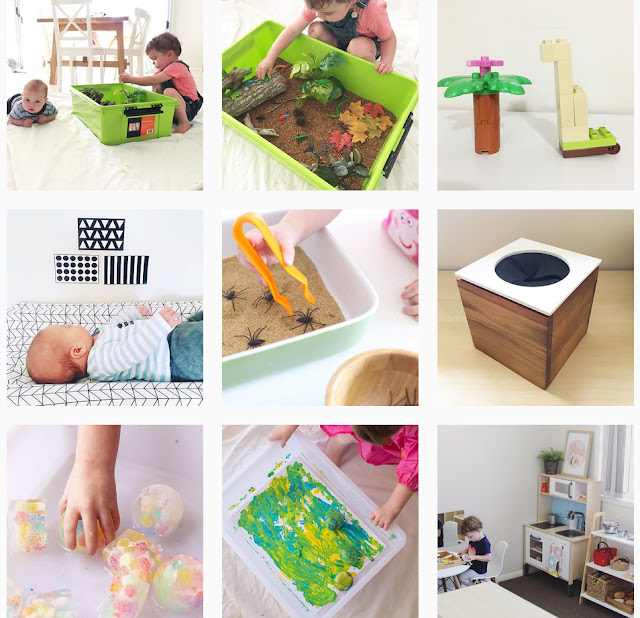 Over on the new blog, I post ideas for play-based learning as well as teaching and learning inspiration for parents and teachers. You'll find my most popular sensory play ideas over there and a bunch of other fun things too.

I hope to see you over there soon! 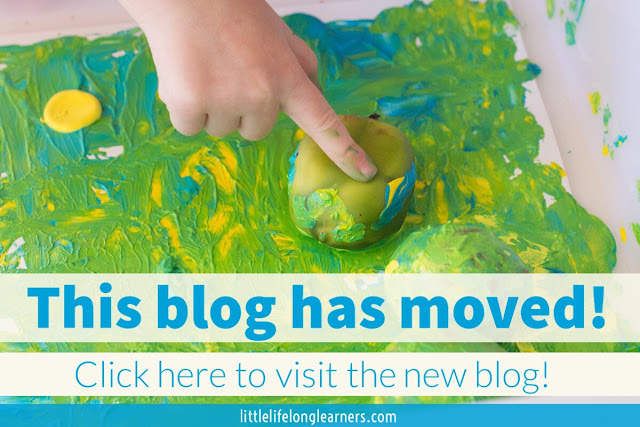 Our experiences flying with a one year old 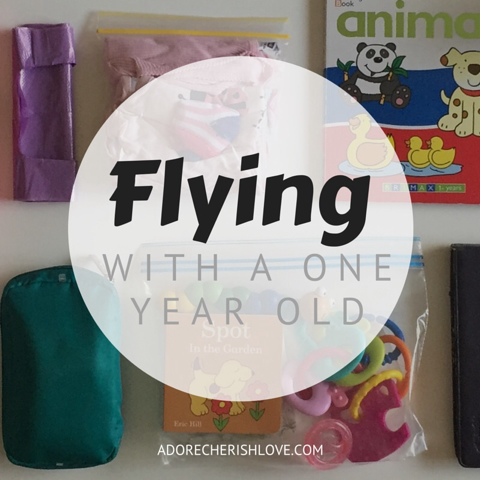 We have just gotten home from our first overseas holiday as a family of three and Lilly's very first plane trip. To say I was anxious about flying with her is a massive understatement. Our flight from Brisbane to Auckland was only 3 and a half hours but the thought of having a crying and upset toddler for that long gave me nightmares. I spent hours trawling the internet for ideas of what to pack to ensure our flight was nice and easy.

I've put together a little post explaining what we packed in my husband's backpack to make the flight a little less stressful and a little more enjoyable. I hope you find these tips useful! 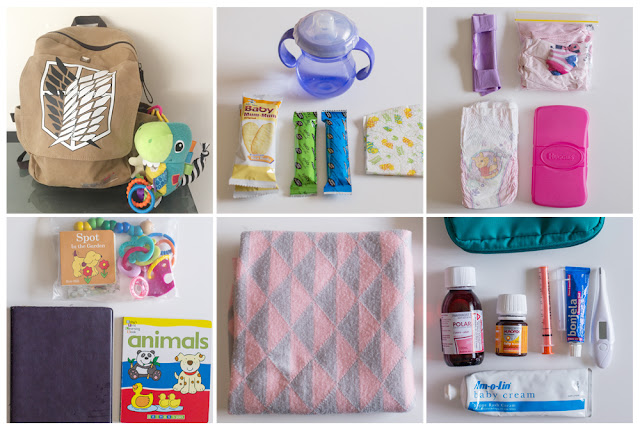 First let's discuss the backpack. Hubby excitedly purchased this while Lilly was in special care. He didn't want to lug around a nappy handbag when it was just the two of them so he wanted a manly bag. It was perfect and fit everything inside it comfortably, including her big coat for when we arrived in New Zealand! We attached her dinosaur toy to the zip because it was too big to put in the bag. It was her favourite toy while we were on holidays!

What was inside the bag?

- A zipped up lunchbox with her sippy cup, packaged foods and disposable bibs. If you're going on holidays anywhere, do yourself a favour and get some Heinz disposable bibs. So good not having to cart yucky bibs around everywhere!

- Several nappies, wipes, nappy bags and an entire change of clothes in a zip lock bag. When we go anywhere, I always pack 2 more nappies than I would usually use if we were at home. We also learnt while we were away to always have a spare pair of socks. I won't go into too much detail...but...poo explosion.

- Entertainment! I packed Lilly's favourite board book and a zip lock bag of various toys. Most were relatively new but the wooden worm is one of her favourites at home. I take it with us everywhere! There's also a dummy in there even though she won't take one, it was good for her to chew on while we were taking off and landing because she wouldn't stay on the boob. I also packed the iPad which I haven't even turned on in the entire year we've had Lilly. It is still full of educational games and apps from when I was teaching so I figured it might come in handy. I was wrong. Lilly just kept pressing the home button over and over.

- A nice, thick blanket. Sometimes the plane can be really cold so this was very handy to have. I also used it to shield my boobs from other passengers as I fed Lilly to sleep. I had packed a light muslin cloth too but we didn't use it at all.

- Drugs. Not the illegal kind of course, but the 'what-if-she-gets-really-sick' kind. Lilly has allergies so I made sure to pack her allergy medication just in case. We also packed nurofen and bonjela because she's teething. I never leave the house without my thermometer because I'm a great mum anxious mum. Actually, this entire case never leaves my nappy bag!

So how did our flight go?

Our first flight from Brisbane to Auckland was at 9:30am which is when Lilly is generally sleeping at home. We let her sleep in the car on the way to the airport (about 40 mins) from 6am and then kept her busy and stimulated as we went through all the customs lines. Once we got to our gate, we had breakfast and Lilly crawled around/walked around to use up all that crazy toddler energy! 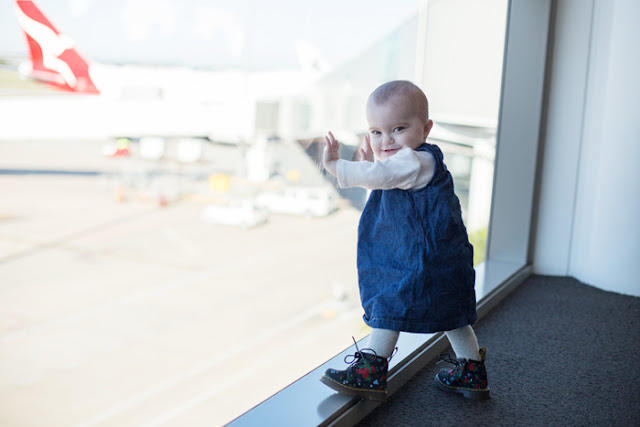 Once we boarded the plane, she was well and truly ready for a big breastfeed and long sleep. I had planned to wait until we were on the runway but she was starting to grizzle and I was very anxious about what the other passengers would think if she was 'already cranky.' I popped the blanket over my shoulder to shield her face (and my boob) from the view of other passengers and Lilly fell asleep feeding almost instantly. She slept for almost the entire flight! I think she would have slept for the entire thing if the passenger beside us didn't need to me to move so that she could use the bathroom. I even got to watch an entire movie with hubby! 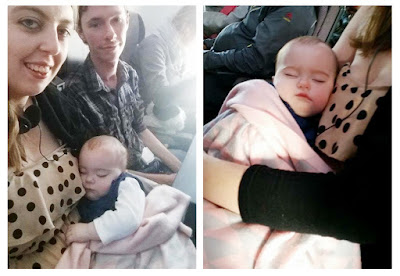 We only had to entertain her for about 30 minutes! What a relief. The passengers behind us were amazed and didn't even realise there was a baby on the flight. That's a big win!

Our second flight wasn't as smooth but was still a success in my books. I held off her afternoon feed and sleep for as long as possible as we were due to fly out at 4pm. Lilly normally maps at around 2-3pm so I was very worried when she fell asleep in my sling at the airport! She slept for about an hour while we ate lunch and walked through customs so it worked out quite well.

Once we boarded the plane, she was getting grizzly again so I ended up feeding her to sleep again, just like our first flight. She fell asleep as we left the runway and I thought to myself "this is soooo easy!!"  Fast froward to 26 minutes into my movie and Lilly's eyes were wide open! I spent the next 15 minutes trying to feed her back to sleep but she wasn't having a bar of it. She was happy enough though so out came my bag if tricks. She played with her toys and we read our books together which kept her happy for most of the flight.

Hubby and I took turns eating and Lilly sat with her Nana and Poppy for part of the flight too. When dinner came, she had a little feast and even played a game on the in flight entertainment system. The last hour was tough though. She was getting tired but just wouldn't settle enough to get to sleep. I tried shielding her face with the blanket but that just upset her more. She even threw up some milk because she was so full! 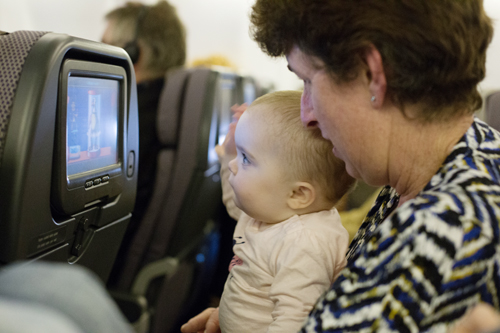 Overall, Lilly was fantastic to fly with regardless of whether she slept or not. She didn't cry or scream once and all my stress was for nothing!
Posted by Casey at 10:26 AM 10 comments:

Lilly's birthday party was last weekend and it was the most beautiful day surrounded by people who love her dearly! I spent many weeks leading up to her party getting things ready with zero stress...that was until the day before the party when I realised how much I still had to do!

Thankfully we had loads of help from our families and everything came together just how I had imagined it would in my mind! Scroll down to the bottom of the post for info on where we got our goodies from and for a free download! 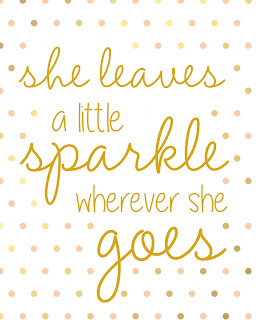 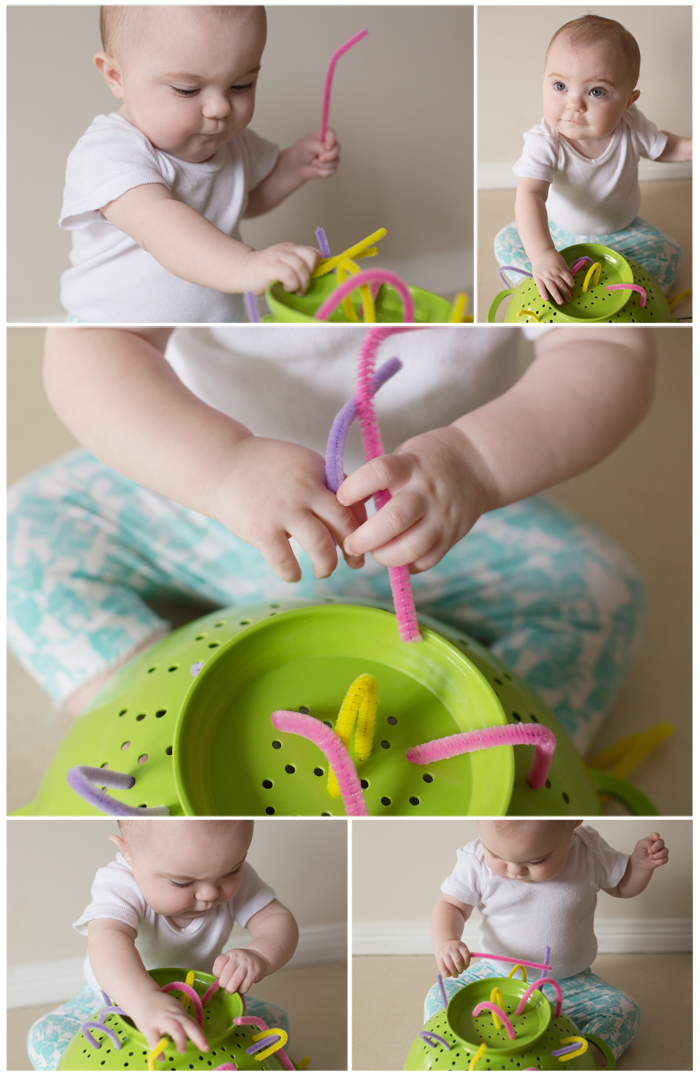 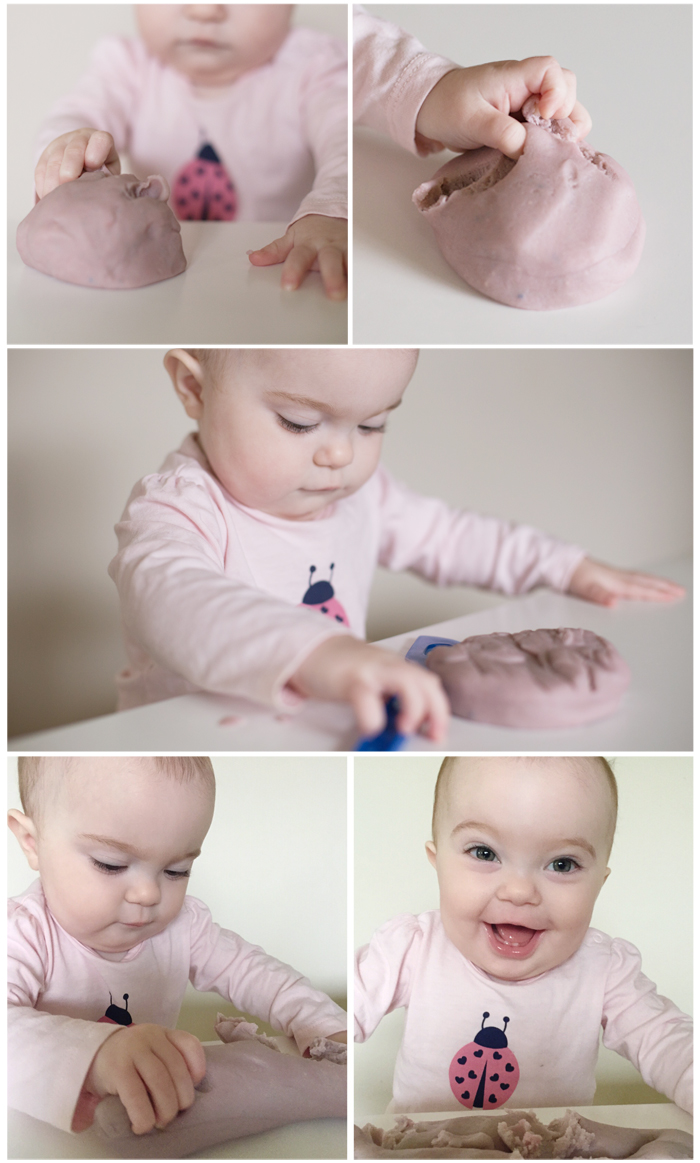 This might just be the best idea ever invented - edible paint! I have seen lots of recipes around the place lately with the most popular being yoghurt and food colouring. My little one has a milk allergy though so yoghurt is out of the question. We use the next best thing - baby rice cereal!

First you mix it up with lots of water until you get a nice consistency then you add the food colouring. I probably added a little bit too much but I love how bright the colours were! 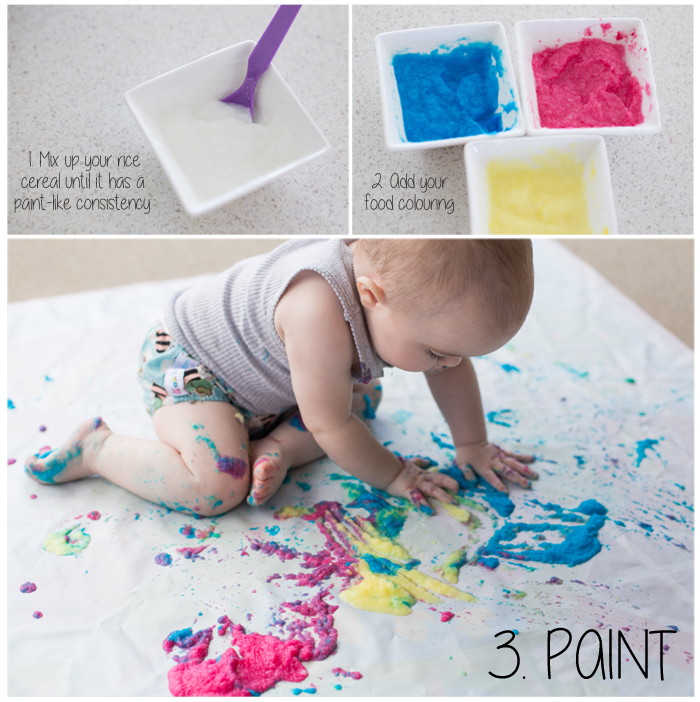 I put a splash mat down outside on our patio and let Lilly go to town - she absolutely loved it and so did I! It was really fun watching her mix the colours together with her hands and she had a little taste as well. I would definitely recommend this activity to everyone! So simple, cheap and not much mess either if you pop a mat down - you can just hose it off and put bub in the bath afterwards! 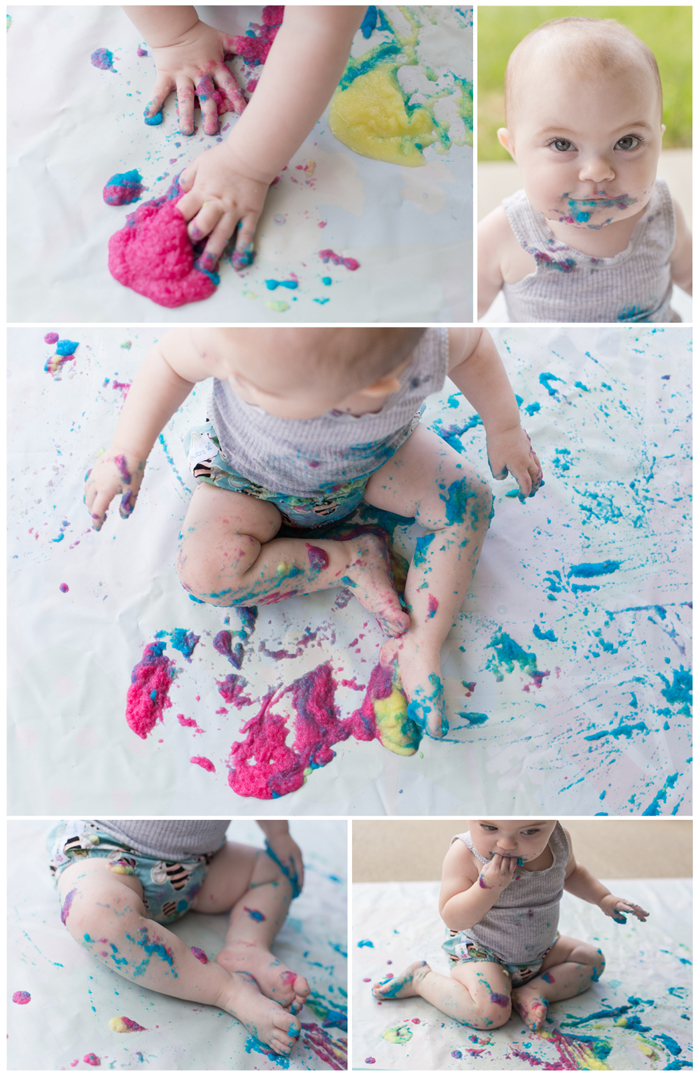 As you know, sensory play is one of our favourite activities! I am trying to move away from traditional plastic toys and make our own fun. I've been reading a lot into the Montessori way of learning and I'm so impressed. I've seen lots of amazing sensory boards on Pinterest so I decided to give it a go.

I had a packet of plastic frames in the cupboard that we had never used, so I very carefully removed all of the glass leaving just the cardboard backing frame behind. I then headed to Mum's house and raided her craft cupboard (she used to have a little craft shop selling all sorts of goodies). 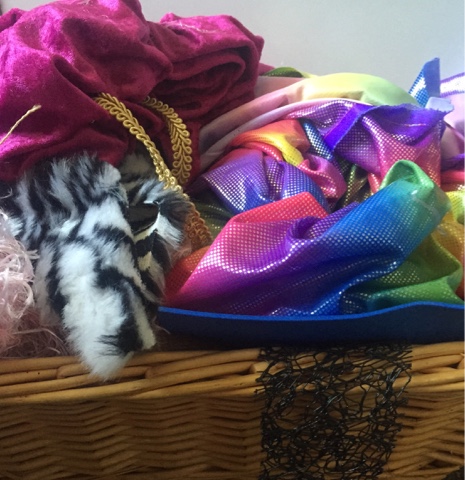 I then went through my basket and selected which materials I was going to use. I wanted Lilly to have a variety of textures to explore. I heated up my hot glue gun and attached each material to the back board of each frame and then I just popped it back in as if it were just a normal photo. I contemplated gluing the frames to a piece of MDF but I like the idea of being able to lay out just a few frames at a time and Lilly loves picking them up and exploring both the front and backs of the frames.